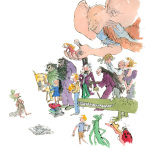 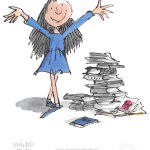 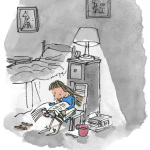 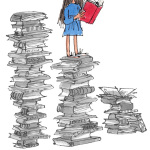 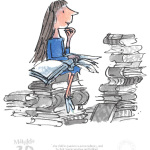 Roald Dahl was born in Wales 1916, to Norwegian parents. After a distinguished career as a fighter pilot and diplomat during the Second World War, he settled down to become a fulltime author; first writing popular stories for adults; then, later, retelling many of the stories he made up at  bedtime for his own children.

Quentin Blake was born in 1932 and has drawn ever since he can remember. He has always made his living as an illustrator, as well as teaching for over 20 years at the Royal College of Art, where he was head of the Illustration department from 1978 to 1986. His first drawings were published in Punch while he was still at school.

We love the irreverent and mischievous "Revolting Rhymes" by Roald Dahl. So we're delighted to feature this enchanting collection of Official Collector's Edition limited-edition prints. All available framed, at £159. 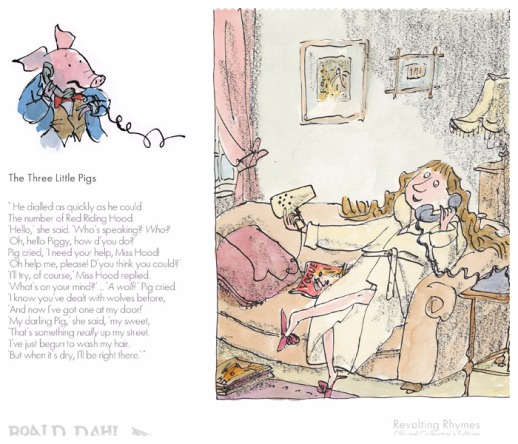 NOW IN STOCK: An exclusive limited-edition print featuring many of Roald Dahl's favourite children's characters, beautifully illustrated by Quentin Blake. Issued for 2016, to celebrate what would have been the author's 100th birthday.

We also have several new releases in Quentin Blake's Collector's Edition Prints, including Matilda, Danny Champion of the World, the Fantastic Mr Fox, and more, from £159.